Tech giant Apple has confirmed that MagSafe chargers could leave impressions on iPhone 12 cases after users complained about the same. Apple had previously assured that people were free to use cases while charging their iPhones on the MagSafe charger. When Apple launched its iPhone 12 series, the company dropped the power adapter and announced that it will not be packaging its future phones with adapters to put a stop to electronic waste. Instead, the firm launched MagSafe chargers along with leather wallets and silicone cases as an alternative charging option.

The MagSafe wireless chargers will get attached to the iPhone 12 or iPhone 12 Pro device using its magnets to provide seamless and fast charging. The company offers wireless charging up to 15W. Apple sold a 20W USB-C Power Adapter separately and said that MagSafe Charger is compatible with Qi charging. 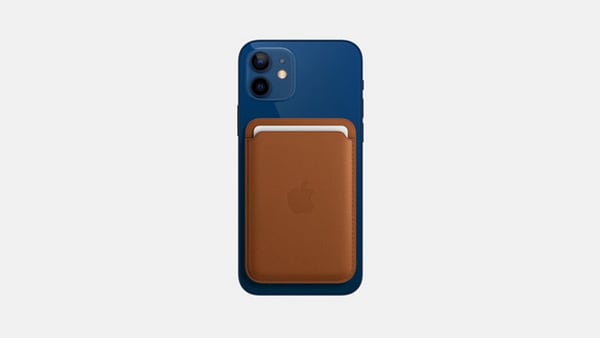 However, in a support page erected for the device, the firm also admitted that the ₹4,500 product was likely to leave impressions on the cases of the Apple smartphones. In the dos and don’ts section, the firm mentions that while charging a smartphone, users should remove any object like credit cards, hotel key cards, or transit cards from between them as this “might damage magnetic strips or RFID chips in those items”. The post also advises users to remove their case if it is made up of metal or is very thick.

In a footnote below the post, Apple says that if a user keeps their iPhone in a silicone case while charging with the MagSafe charger, then the case “might show circular imprints from the contact”. Although the page mentions the issue about leather cases, a user shared the picture of their silicone case after just one day of use.

The iPhone 12, iPhone 12 Mini and iPhone 12 Pro are going to be available in India from 30 October. Some of the accessories, including the MagSafe charger, went on sale from 16 October.

Can I take CEH without experience?

Can I take CEH without experience?