Cyberpunk 2077 is undoubtedly one of the most awaited games expected to come out in 2020. However CD Projekt Red, the makers of the game, have suddenly announced that the launch will be delayed by another 21 days. This is the third time that the game launch has been delayed.

Cyberpunk 2077 was “announced” way back in 2012 and was finally showcased to the fans in 2019. The showcase included an appearance by Keanu Reeves. The game was supposed to be launched in April this year; the sales were first delayed to September 2020. However, in the second half of June, the release was further delayed to 19 November. This third delay will result in the game only becoming available in December this year.

We have important news to share with you pic.twitter.com/qZUaD6IwmM

Cyberpunk 2077 is garnering attention due to two major factors – first, the little glimpses we have seen so far look absolutely incredible. The other fact that further cements this belief is the fact that CD Projekt Red are behind this game. The last game made by them was Witcher 3: Wild Hunt. Even though Witcher 3 was released back in 2015, in this writer’s opinion, few games come close to offering the kind of player experience it offers.

CD Projekt Red have already put their staff on a six-day workweek to try and complete the game by November, and now with another delay, the question that fans would be left asking is, will this 21-day extension be enough to get the game ready? 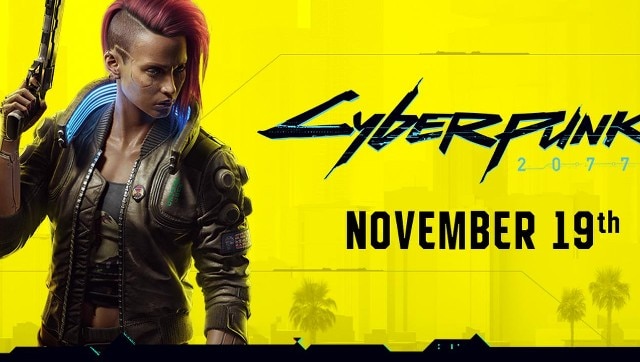 Cyberpunk 2077’s intended 19 November launch has been delayed by 21 days.

The game makers certainly believe that these 21 days will be enough to release the game. According to the tweet released by them, although the game has achieved gold master (the game itself is completed) some time ago there are still challenges involved with making it fit for the consumers.

These challenges are mainly related to the fact that the game will be available across almost every gaming platform, such as PS5, PS4, PS4 Pro, Xbox One, Xbox One X, Xbox Series S, Xbox Series X, Stadia, and PC. The game can be played on nine different platforms, which alone makes the development a challenge, and as such the problems faced by CD Projekt Red are to be expected.

If the announcement is to be believed, the issues with the game that require attention are those that have been found only during testing, and these problems are expected to be fixed via a Day 0 Patch. The game was one of the most exciting options available for people buying themselves the newest gaming console from either the Xbox line-up or from the PlayStation series as the launch date for the game coincided with the PS5 launch for India. Even Xbox Series X was being Launched only nine days prior.

I believe that the game, when it does finally become available to play, will offer a much better experience, given the time and care taken by CD Projekt Red to try and ensure it is perfect. This is not to say that there won’t be any issues left to correct, any game that is as full of as many intricacies as this will require some reworking even if it looks perfect on the day of launch. Gamers, as a group, are known to find new and creative ways to break any game and play it in a manner that it was not intended to be played.

After so many delays to the launch of the game and how the extension is only for 21 days, I am left worrying that we may be forced to wait until early 2021 before the game finally becomes available. However, one sincerely hopes these worries are unfounded and on 10 December it will be available to play.

The White Tiger Trailer Out: Priyanka Chopra, Rajkummar Rao, Adarsh Gourav Give Us Glimpse Of Their Twisted Lives

The White Tiger Trailer Out: Priyanka Chopra, Rajkummar Rao, Adarsh Gourav Give Us Glimpse Of Their Twisted Lives