No Result
View All Result
Home dd direct plus

Doordarshan’s free direct-to-home (DTH) platform Freedish has mopped up Rs 24 crore in the 34th e-auction as three channels bought slots each at Rs 8 crore. This is the highest price ever paid by a broadcaster to obtain a slot on Freedish.
Sony Wah, Zee Anmol Cinema and 9X Jalwa bagged the three slots. DD Freedish had fixed the floor price at Rs 8 crore despite not getting any bidder at that level in the last round of e-auction.
The 34th e-auction is an important development in Freedish’s journey as it showed that private satellite broadcasters are willing to cough out money to be on the free DTH platform despite this being the highest reserve price fixed by the pubcaster. The growth of the free-to-air (FTA) channels has come on the back of Freedish, both in terms of viewership and ad revenue growth.
In the new e-auction, which was conducted on Tuesday, only non-news channels were allowed to participate. The earlier reserve price was Rs 4.8 crore for news as well as non-news channels.
“In today’s auction, Zee Anmol Cinema, Sony Wah and 9X Jalwa won slots at the highest ever price of Rs 8 crore,” informed DD DG Supriya Sahu.
The previous highest record on Freedish was Rs 7.3 crore, which was paid by Sony Pal.
In the 27th e-auction held on 30 May 2016, Zee Anmol Cinema, 9X Jalwa and Sony Wah had paid Rs 4.9 crore, Rs 4.6 crore and Rs 4.5 crore respectively. 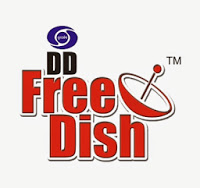