Two years ago, scientists had reported the discovery of a large saltwater lake under the ice that covers Mars’ South Pole. Now, researchers have stated that there could be several more pools encircling the main reservoir. According to a report in Science News, the central lake spans almost 600 square kilometres and to keep from freezing, the water needs to be extremely salty. Speaking about it, planetary scientist Roberto Orosei at the National Institute for Astrophysics in Bologna, Italy, who also led the 2018 report, stated that the area is the closest ‘habitable’ place on Mars that has been found so far.

Orosei and his team probed the ice using radar on board the European Space Agency’s Mars Express orbiter. In data collected from 2010 to 2019, the team found regions beneath the ice that are highly reflective and very flat. The study authors say that the findings don’t just confirm that a large buried lake exists, but also a handful of smaller ponds that are encircling the main body of water. Orosei says that on Earth, the bright, flat radar reflections would definitely be Science News reported. 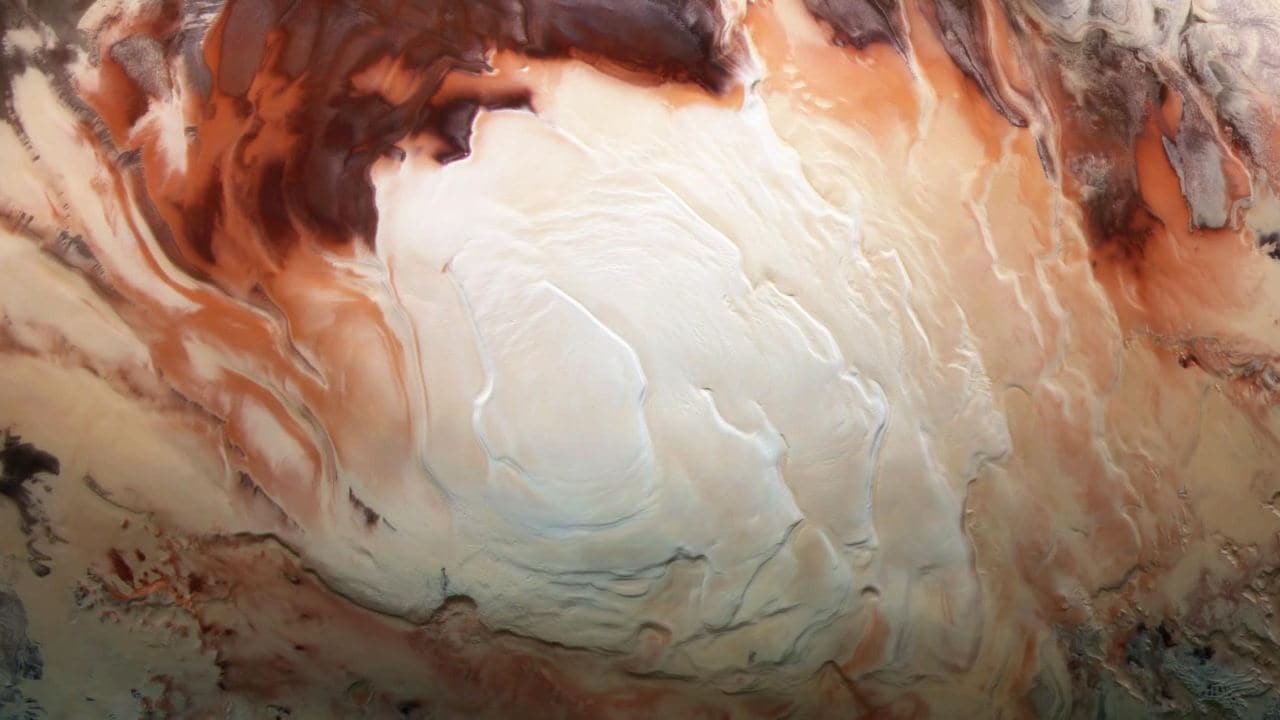 However, one question plaguing many is that how could the water stay in the liquid state. Isaac Smith, a scientist with the Planetary Science Institute says the community is divided regarding it, even though he is more towards believing.

According to Smith, as recently as 50,000 years ago, the Martian south pole was warmer because the planet’s tilt is constantly changing. Warmer temperatures could have propagated through the ice to create pockets of salty liquid. Alternatively, the ponds may have been there before the ice cap formed. Study authors say that at very high salt concentrations, once water has melted, it is hard to get it to freeze again.

According to Orosei while they do not know the concentration of salts, which could be deadly to life, but if life forms did evolve on Mars, these lakes could have been “providing a Noah’s Ark that could have allowed life to survive even in present conditions.”

The results of the study was released online in Nature Astronomy on 28 September.

KBC 12 September 29, 2020 Episode Highlights: Dadra, Nagar Haveli, Daman and The Island of Diu Were All Under Which European Colonial Power?