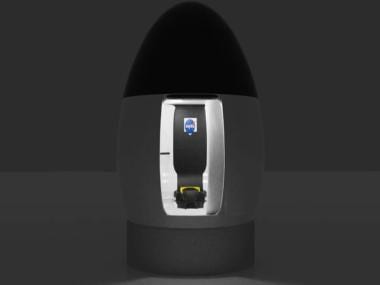 The National Aeronautics and Space Administration (NASA) had organised an open challenge, inviting entries for the design of a perfect space loo that will give astronauts an experience similar to using small toilets on earth. The Lunar Loo Challenge had only one criterion, it was that the lunar toilets had to work in both microgravity and lunar gravity. Acquiring feasible designs would help the astronauts going to the moon in NASA’s Artemis Mission. Now, the space agency has shortlisted the entries and published the names and concepts of the winners of the challenge.

According to the US space agency, the decision was made on the basis of the capability of the loo, along with its technical maturity, safety, and overall innovation factor. The aim was to build, the latest post said, low-mass, compact toilets that cut the toilet mass by over half (from 54 kg to 15 kg) and bring down the volume by more than a quarter (from 0.17 cubic meters to 0.12 cubic meters).

The winner of the lunar loo challenge was the THRONE (Translunar Hypercritical Repository 1) team. Instead of the typical suction/vacuum pump system to move the human waste in the required flow, the team devised a way of doing this using a bladeless fan. “The team also came up with a system to minimise crew interaction with waste bags, using a diaper genie-type concept to keep the waste bagged, facilitating easy turnaround between uses,” the post further said.

Second prize was bagged by the Individualized Collapsible Astronaut Toilet (ICAT) team. They came up with an innovative interface for an Apollo bag-like system that will accommodate the heavier Waste Management System on board the Human Landing System (HLS) before lunar ascent. In the journey back to lunar orbit, the crew can again go back to using the ICAT bag system.

Centrifugal Lunar Toilet was crowned the second runner up by the judges. The group had three unique design elements to charm the judges. The three-tier system consisted of a macerator that shredded down the waste, then a device for separating the waste, and finally a bagless system for containing the waste.

Honorable mentions were given to Magnum Opus Team’s foldable dry toilet and to the Fully Self Contained Lunar Toilet Team.