The 2020 Nobel Prize in Economics, also called the Memorial Sveriges Riksbank Prize in Economics, has been awarded to a pair of Stanford professors – Professor Paul R Milgrom and Professor Robert B Wilson – for improvements to auction theory and inventions of new auction formats. Wilson shared the prize for developing a theory that clubs together auction items with similar value. The theory explained why bidders will offer less than they think the object or service is worth because they are afraid of overpaying — which he dubbed ‘the winner’s curse’. Prof Milgrom was awarded half the prize for his contributions in understanding how private action values vary from bidder to bidder in an auction.

The duo “started out with fundamental theory and later used their results in practical applications, which have spread globally. Their discoveries are of great benefit to society,” chairman of the Nobel committee, Peter Fredriksson, said in a release accompanying the announcement.

Wilson and Milgrom invented new formats for auctioning off many interrelated objects simultaneously, on behalf of a seller motivated by the broader societal benefit of the item rather than making the most money out of its sale. The pair has studied and revealed the outcomes of different rules for bidding and final prices – known as the auction format. 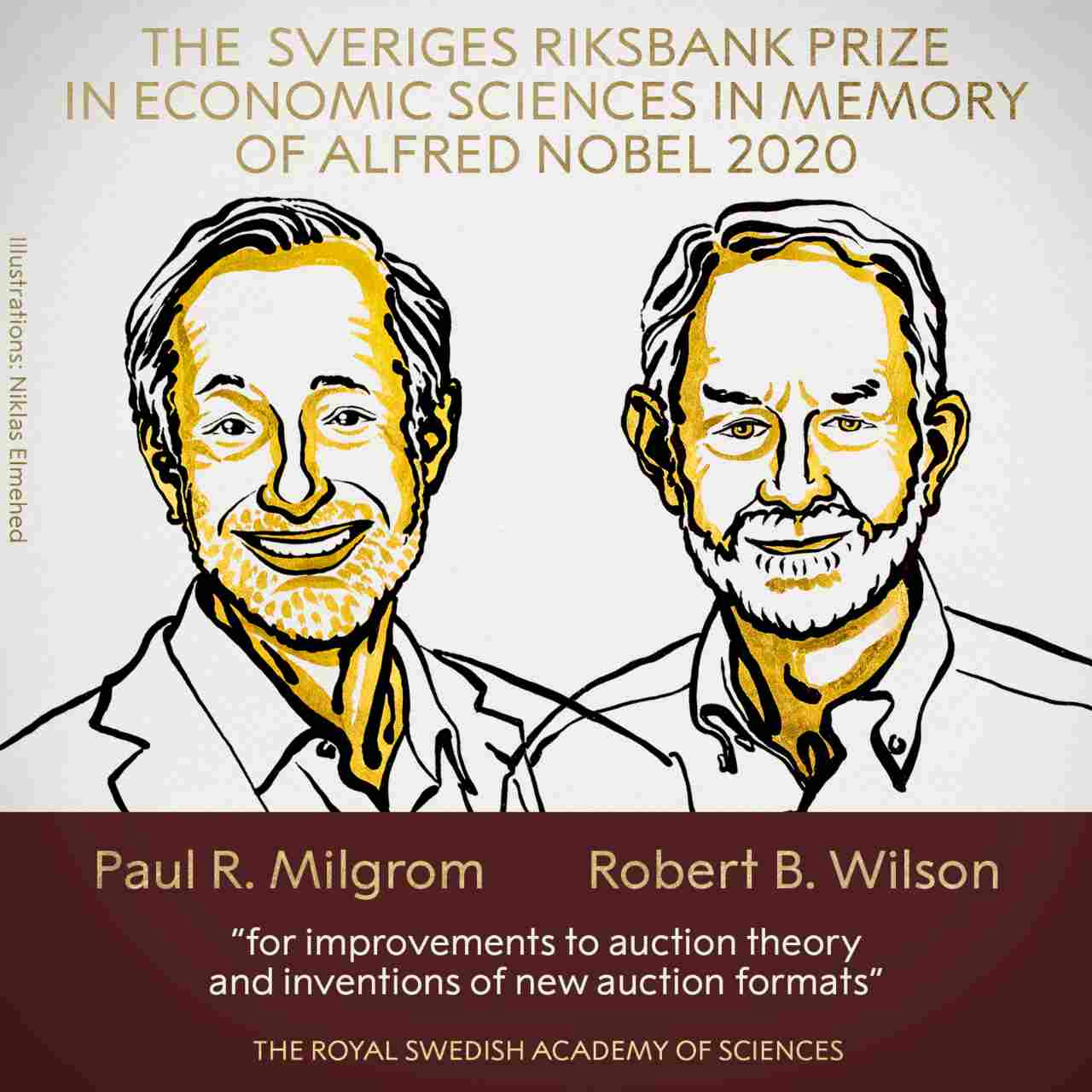 The 2020 Nobel Prize in Economics is awarded to Paul Milgrom and Robert Wilson for their contributions to auction theory. Image Credit: Niklas Elmehed/Royal Swedish Academy of Sciences

Robert Wilson – awarded this year’s Prize in Economic Sciences – showed why rational bidders tend to place bids below their own best estimate of the common value: they are worried about the winner’s curse – that is, about paying too much and losing out.#NobelPrize pic.twitter.com/3pJpVuc1e5

2020 Economic Sciences Laureate Paul Milgrom formulated a more general theory of auctions that not only allows common values, but also private values that vary from bidder to bidder.

“The analysis is difficult, because bidders behave strategically, based on the available information. They take into consideration both what they know themselves and what they believe other bidders to know,” the release adds, about the complexity involved in picking an auction format.

READ  No, mouthwash will not protect you from the SARS-CoV-2 causing virus

Organizational theories around the auction process have prompted new formats for auctioning off related objects at the same time. These formats have even been used by governments to sell radio frequency, as per the release.

BREAKING NEWS:
The 2020 Sveriges Riksbank Prize in Economic Sciences in Memory of Alfred Nobel has been awarded to Paul R. Milgrom and Robert B. Wilson “for improvements to auction theory and inventions of new auction formats.”#NobelPrize pic.twitter.com/tBAblj1xf8

Wilson was woken up early this morning with the news of his prize. This photo was taken during our telephone interview with him – coming soon.#NobelPrize pic.twitter.com/UHtkG9PGbW