Reliance Jio to Launch India’s Cheapest DTH Service: it Will Give a Tough Competition to DD Free Dish and other privet DTH service’s

Reliance Jio to Launch India’s Cheapest DTH Service: Will it Give a Tough Competition to Airtel?

After Reliance Jio created a sensation in the telecom space, the company is now planning to launch its DTH service, which is expected to the cheapest DTH service in India.

Now Doordarshan have to do something to keep there customers.

It is just 2 months of Reliance Jio in the market, and the telecom operator has created a sensation, giving sleepless nights to its competitors, includingAirtel, Vodafone, Idea and others.
Expected Plan That Reliance Jio DTH Will Be Available

As per the sources, the rough monthly estimation plan of the Reliance Jio DTH is expected to be as low as Rs.185, compared to other DTH service providers who offers the similar plan for a cost as high as, Rs. 275 to Rs. 300. However, there has still not been any official declaration by Reliance Jio.

Although not yet officially revealed, Reliance Jio is supposedly working to provide the ‘best’ DTH service in India, as compared to its competitors. After building a sensation among the mobile network providers, Reliance Jio is now planning to take on the broadband world. 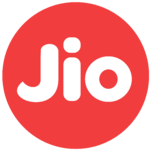