MUMBAI: Star India is deepening its association with sports by launching India’s first private free-to-air (FTA) sports channel. Currently, public broadcaster Doordarshan’s DD Sports is the only FTA sports channel in the country.The FTA sports channel, christened Star Sports First, will be launched on DD’s FTA DTH platform Freedish, which has an estimated 22 million subscribers. Star India had won two slots on Freedish in the e-auction conducted by DD on 4 July. One of the slots will be utilised for Star Sports First.Star is also the first broadcaster in India to launch regional sports channels in Hindi and Tamil.“Star will launch an FTA sports channel Star Sports First. The channel is likely to launch before the beginning of the Pro Kabaddi League, which kicks off on 28 July. Freedish will be the primary distribution platform for the channel,” said an industry source on condition of anonymity.While Freedish has a plethora of content ranging from entertainment, movies, news to music, it does not have quality sports content, barring DD Sports, and the events aired by DD National as part of mandatory sharing as most of the sports content is only available on pay TV platforms.Star Sports First aims to fill in this gap by offering mainly rural audiences with qualitysports content.According to an EY report on India’s FTA TV market, just 1% of viewership of sports channels was from the FTA market while the pay market contributed 99% of the viewership.Ever since BARC India rolled out viewership data for the rural market, FTA Hindi GECs have been trying to woo the rural populace by cutting down the windowfor airing fresh content from their pay GECs.The Hindi movie segment has seen three new launches from mainstream broadcasters, namely Star Utsav Movies, Zee Anmol Cinema and Sony Wah. Several pay news channels have gone FTA such asNews18 India, Zee News and NDTV India.Freedish has been the biggest beneficiary of all these developments. Recently, NewsX became the first Indian English language channel to hop on to Freedish.The FTA ad market is also on an upswing. While in 2016 the genre garnered an estimated Rs 4–5 billion in ad revenue, thisis expected to climb to Rs 8–10 billion this year.Since the majority of Freedish subscribers reside in the Hindi-speaking market (HSM),Star Sports First will be in Hindi. Barring a few Marathi channels, most of the channels on Freedish are in Hindi language.This will be the third FTA channel from StarIndia network. The other two channels are Star Utsav, which airs repeat content from Star Plus, and Star Utsav Movies. The broadcaster is working on another FTA channel, the details of which are sketchy.In order to avoid cannibalisation of its pay TV revenue, Star Sports First will not have premium cricket content involving the Indian team. However, non-India cricket content will be available. Some of the localleagues like Pro Kabaddi will also be available.The broadcaster is giving final touches to its content plan which will be completed ina week’s time. “There will be a lot of local content on the channel. However, this will be primarily professional sports content across disciplines,” the source added.Star Sports First will replace FX HD, which will shut down on 20 July. The broadcasterhas got the MIB approval to rename FX HDlicence as Star Sports First. FX HD was earlier scheduled to shut on 15 June along with FX and Star Movies Action. However, the broadcaster issued a corrigendum extending the shut-down date of FX HD.Recently, Star had rejigged its sports network by shutting down Star Sports 4 and Star Sports HD 4 and launching Star Sports Tamil 1, Star Sports Select 1 and 2. It had also renamed Star Sports 3 as Star Sports Hindi 1.Star Sports Tamil 1, which is the second regional sports channel from Star, is a mirror of Star Sports Hindi 1, which primarily airs India cricket and local leagues. Star Sports Select 1 and 2 channels are mirror channels of Star Sports Select HD1 and HD2, the exclusive home of international sporting events.Star Sports network with 11 channels broadcasts premier sporting events which include cricket coverage under the purviewof the International Cricket Council (ICC), Board of Control for Cricket in India (BCCI), Cricket Australia, England & Wales Cricket Board (ECB) and Asian Cricket Council (ACC); Pro Kabaddi; Tamil Nadu Premier League (TNPL); the Indian Super League (ISL), Premier League, Bundesliga; Badminton World Federation (BWF) events, Premier Badminton League (PBL); Hockey India League (HIL); Formula 1; Wimbledon, the French Open and International Premier Tennis League.Source: 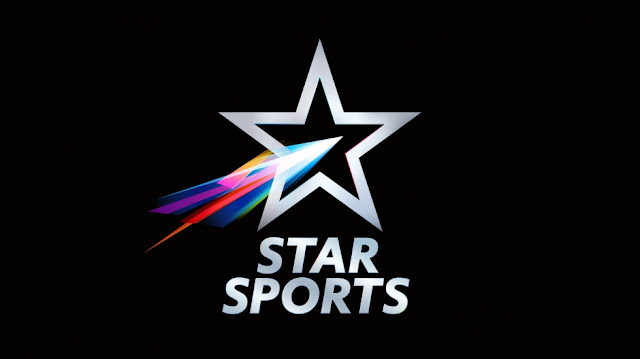 Sony Leplex HD will be launch on 23rd August

Sony Leplex HD will be launch on 23rd August